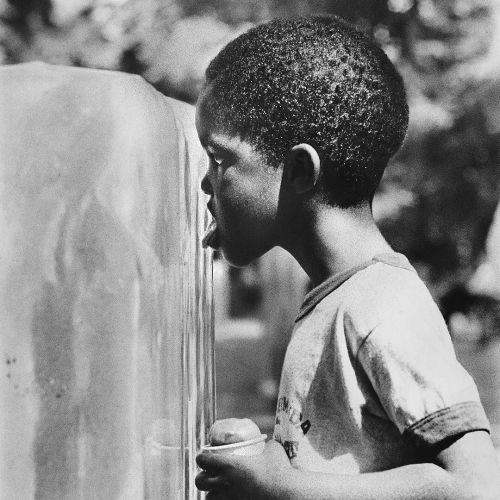 "August 31, 1973 was a day of record-matching heat. The 98-degree temperatures in New York City meant voltage cutbacks, deaths and a water emergency, after residents illegally opened fire hydrants. The day before, though, @nycparks offered a creative method for beating the heat: giant blocks of ice. Or as @nytimes put it, "The Iceman Cometh to Prospect Park." The @nytimes staff photographer Neal Boenzi captured this child, snow cone in hand, investigating one of the 4-foot tall ice blocks that was positioned near the Grand Army Plaza entrance to @prospect_park. To celebrate #MemorialDay, we'll be sharing more summer scenes from the @nytimes archives. #🍧" By nytimes on Instagram.