“@berniesanders rebounded to win the Democratic primary in... 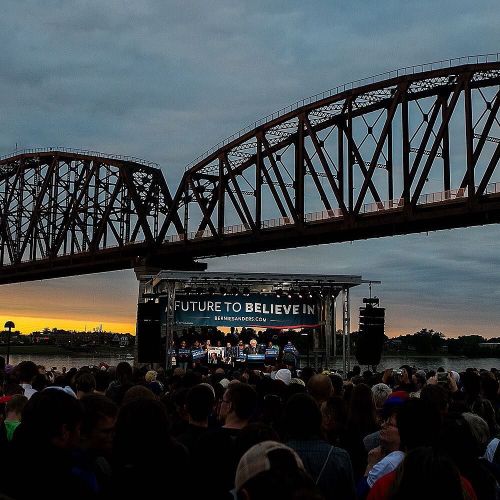 "@berniesanders rebounded to win the Democratic primary in Indiana tonight, providing a bright spot for his campaign even as @hillaryclinton sharpens her message for the general election. The state offered a test of whether @hillaryclinton could win over some of the white, working-class voters who have been drawn to @berniesanders. The outcome won't significantly narrow his delegate gap with @hillaryclinton, but it does provide a lift for him during a difficult period. Follow the photographer @samuelhodgson to see more photos of the #BernieSanders campaign." By nytimes on Instagram.