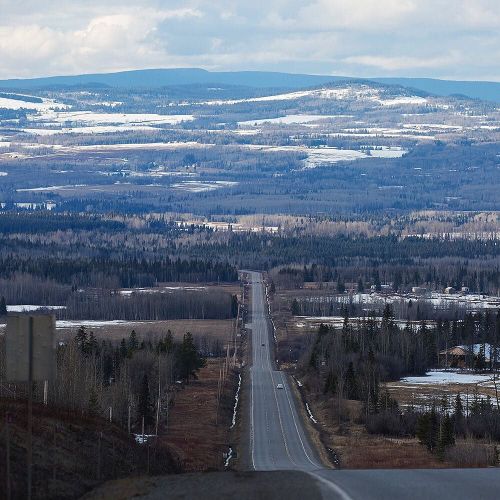 "British Columbia's Highway 16 snakes past thick forests, logging towns and impoverished reserves on its way to the Pacific Ocean. So many Canadian women and girls, most of them indigenous, have vanished or turned up dead along one stretch of the road that residents call it the Highway of Tears. According to government statistics, aboriginal women and girls make up about 4% of the total female population of Canada but 16% of all female homicides. To combat these numbers, Prime Minister @justinpjtrudeau has announced a long-awaited national inquiry into the disappearances and murders — just one part of his promise to renew the country's relationship with its indigenous citizens. @nytimes staff photographer @fremson photographed the sparsely populated landscape along Highway 16." By nytimes on Instagram.