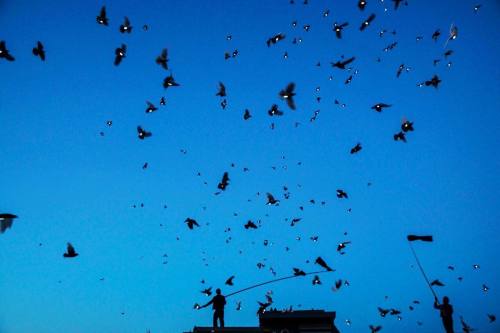 "Brooklyn, NYC | April 24, 2016
#lategram from some work shot #onassignment for @nymag.
This month 2,000 LED equipped carrier pigeons will be released by artist Duke Riley as part of "Fly by Night," a large-scale piece of pigeon performance art.
Riley's worked with pigeons before—many of the birds come from his personal coop in Red Hook, including a Syrian Damascene named Tofu that his crew rescued and raised by hand.