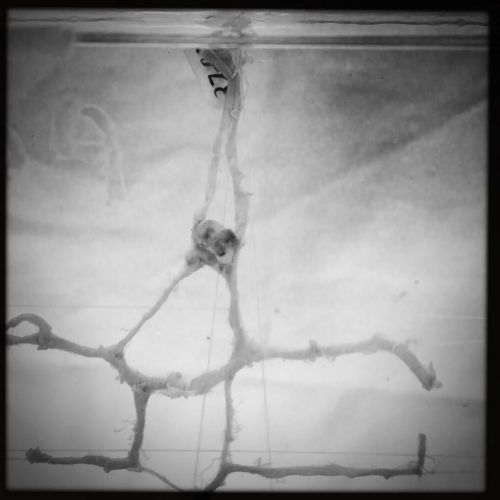 "@deathunderglass is taking over the @muttermuseum @instagram account this week to showcase some of the specimens in the museum collection related to forensic science! @deathunderglass is a collaboration between a forensic pathologist and forensic photographer that generates images of human tissue at high magnification.
People often make references to the act of someone "dropping dead", but any forensic pathologist will tell you that there are actually very few natural diseases that can cause near-instantaneous death. Above is the circle of Willis, the delicate network of vessels that supply the brain with blood and oxygen. (A pathologist carefully dissected the arteries away from the base of the brain – nice work.) Look carefully and you'll notice a portion of the circle near the top of the image has ballooned out and become a berry aneurysm, or a localized enlargement of the vessel wall. If an aneurysm pops, it can cause immediate cessation of life. Forensic pathology insider tip: one of the typical scene findings in cases of ruptured aneurysm is that the decedent may be wearing broken eyeglasses when found – they died before they were able to put out their hands to stop their fall. Photo by @nikkijohnson.
#forensic #pathology #deathunderglass #muttermuseum #aneurysm #circleofwillis" By muttermuseum on Instagram.