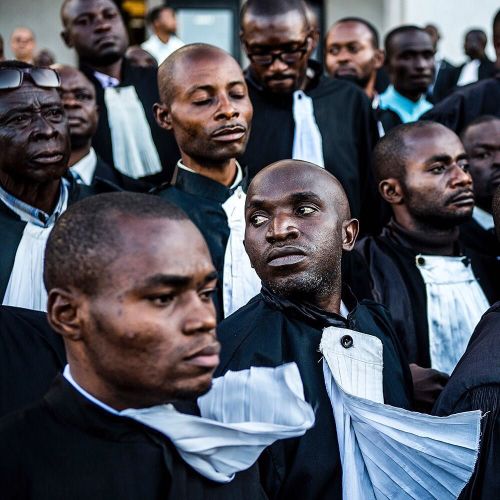 "Earlier today, @bdentonphoto photographed lawyers in Democratic Republic of #Congo who support Moïse Katumbi, a popular opposition politician. Congo's government, which continuously lurches from one crisis to the next, is playing a dangerous game. President Joseph Kabila is resisting pressure to step down by the end of the year, as the country's Constitution requires. Instead, the president has unleashed his security forces on protesters, strained relations with powerful friends like the U.S. and lashed out at perceived enemies. Now, Kabila's security services are going after the biggest fish of them all: Katumbi, the opposition leader and a former governor, who seems to have a good part of the country rallying around him. Last week, Katumbi announced that he was running for president. He has the money, the network and the cult of personality to be a real contender." By nytimes on Instagram.