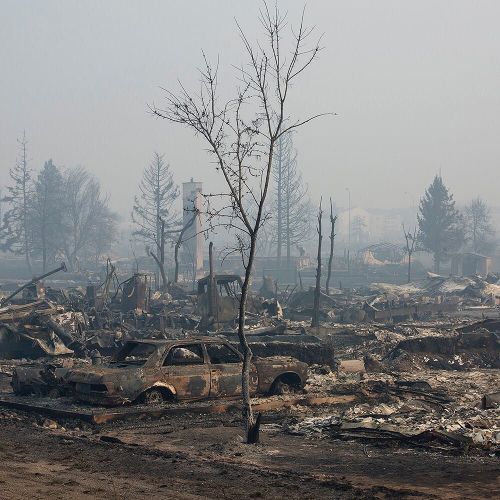 "Earlier today, @nytimes photographer Tyler Hicks offered a glimpse inside the Beacon Hill neighborhood of Fort McMurray, the Canadian city that has been ravaged by wildfire. Officials estimated today that about 245,000 acres had been burned, 10 times yesterday's total estimate. The entire population of #FortMcMurray, the center of Canada's oil sands region, was ordered to leave earlier this week. Most of the city's 90,000 residents escaped south, but 25,000 people headed north to take refuge in work camps used to house workers at oil sands projects. The camps, too, were cut off when the flames closed the highway, and many evacuees have since been airlifted out. Meanwhile, the fire continues to spread. #FortMac" By nytimes on Instagram.