“For more than 40 years, Diamanda Galás has used her voice... 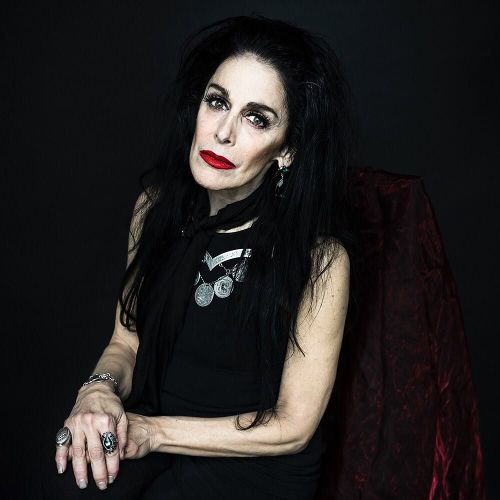 "For more than 40 years, Diamanda Galás has used her voice like an eagle's talons, delivering frenetic performances on dark topics like AIDS, vengeance and genocide. In 1982 a classical music critic for @nytimes described one of Diamanda's live performances as "grating screeches, hisses, strangled sighs, pants and gaggings, all delivered imaginatively and with great personal force." Tomorrow, the enigmatic composer and vocalist will return to the New York stage, her 9-foot Steinway piano in tow. After 4 decades, her art remains informed by her politics. "To be an artist is to be equal to the present," she said. "Because mediocrity is so largely rewarded and broadcast ubiquitously, like a swarm of mosquitoes, by obese and tone-deaf accountants, the public is unable to learn about, let alone hear, see and digest the art of the present." @chatbatka photographed Diamanda Galás at her home in New York. She will perform for 3 nights in Harlem as part of the @redbullmusicacademy Festival." By nytimes on Instagram.