“@gloriasteinem has clocked a half-century as an activist,... 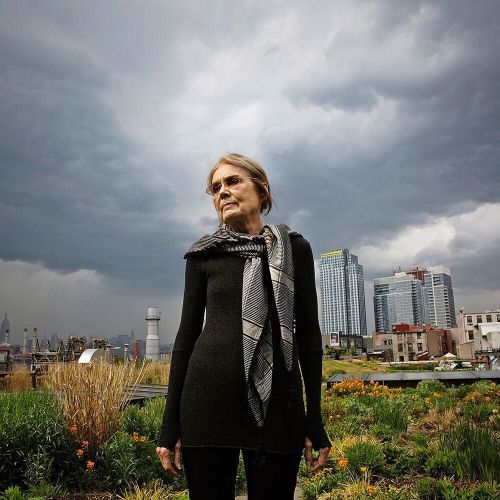 "@gloriasteinem has clocked a half-century as an activist, journalist and feminist leader. Now, at 82, she's producing and hosting her first TV series. Beginning on Tuesday on @viceland, her show, "Woman," will explore human rights and violence against women all over the world. "What I hope is, seeing it will be the closest thing to being on the ground yourself," @gloriasteinem said. Her collaboration with a company that made its name on bro-centric content was hardly an obvious match. @gloriasteinem knew of the brand's "very masculine reputation," as she put it. But "Woman," which is produced by an all-female team and explores topics ranging from child marriage in Zambia to sexual attacks in the U.S. military, is not an easy watch. @gloriasteinem was adamant that it would present a complex portrait of its subjects and offer viewers a way to become involved. The photographer @malinfezehai photographed #GloriaSteinem on the terrace of the @vice office in Brooklyn." By nytimes on Instagram.