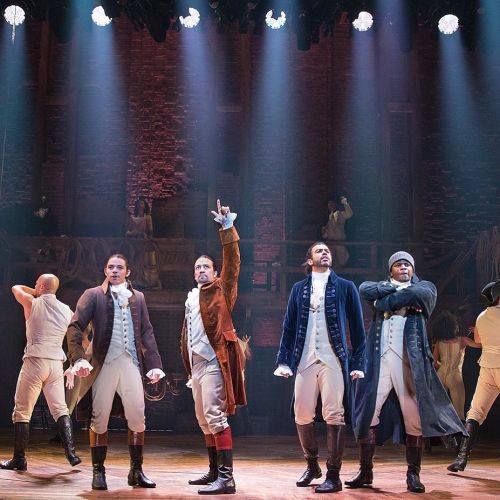 "@hamiltonmusical made history today, earning 16 @thetonyawards nominations, more than any show in #Broadway history. The #hiphop musical is already a sold-out smash hit, a rare piece of theater that crossed over into pop culture. Today, nominators deemed the show prize-worthy in every category: acting, writing, directing, dance, music and design. "It's unbelievable — it's absolutely humbling and incredible," said Lin-Manuel Miranda, the show's 36-year-old creator and star. @nytimes photographer Sara Krulwich took this photo of Anthony Ramos, left, with Lin-Manuel, Daveed Diggs and Okieriete Onaodowan during a performance in July. Sara, who covers theater for @nytimes, has been lucky enough to photograph the play twice — once on Broadway and once at its earlier home, @publictheaterny. #Hamiltonmusical" By nytimes on Instagram.