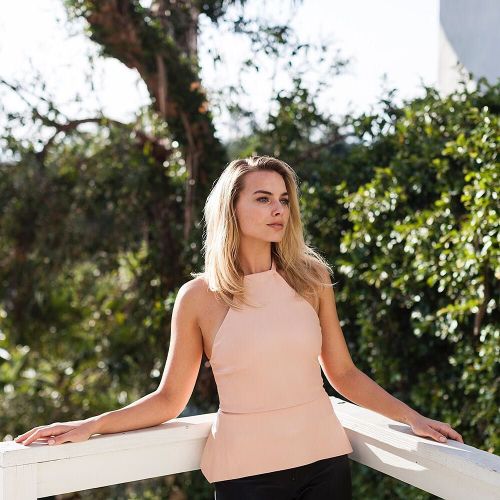 ""It's always a hustle," @margotrobbie said. "I thought it would be a mountain, where you get to the top, and then it's like: 'Wheeee! It's so easy after this.'" Instead, the 25-year-old actress told @nytimes: "Any time I get near the top, I'm like, 'There's another mountain!' The hustle continues." @margotrobbie's journey to stardom began at roughly the moment that a worldwide audience discovered her in "The Wolf of Wall Street." Her formidable performance (and Noo Yawk dialect) became her calling card. This summer, she will star in 2 franchise movies. First, she'll play a self-reliant and decidedly un-dainty Jane in @legendoftarzan, which opens July 1. Then, on August 5, she'll star in @suicidesquadmovie, based on the @dccomics series, as Harley Quinn, a cracked-up criminal psychologist who wields a baseball bat and a Brooklyn accent with equal ferocity. The photographer @emilyberl took this portrait of @margotrobbie at a home in the Hollywood Hills." By nytimes on Instagram.