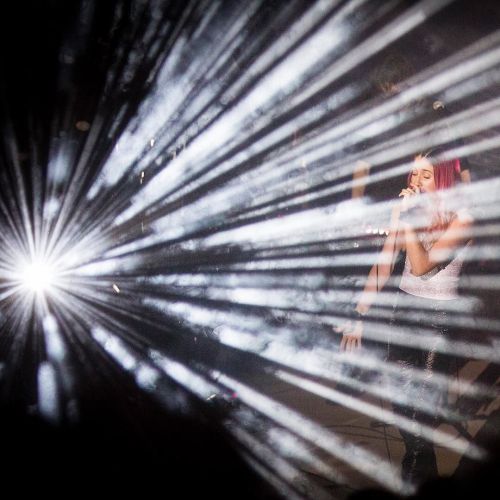 "Nicole Miglis of @hundredwaters performed on Saturday night at the 3rd annual FORM Arcosanti (@experienceform), a free, 3-day music festival in the #Arizona desert. Often, a large-scale festival operates like an invasion. But @experienceform, which was organized by the Florida band, was the opposite in nearly every way. The crowd was small and socially engaged. The unique setting — Arcosanti, an experimental community that began construction in 1970 about 70 miles north of Phoenix — was designed to test theories about the intersection of architecture and ecology. Over the course of the weekend, the community became a showcase of how music can be a living response to a space. Follow the photographer @caitlin_oh to see more pictures from @experienceform. #FORMarcosanti" By nytimes on Instagram.