“@sfmoma is not only bigger than the @themuseumofmodernart... 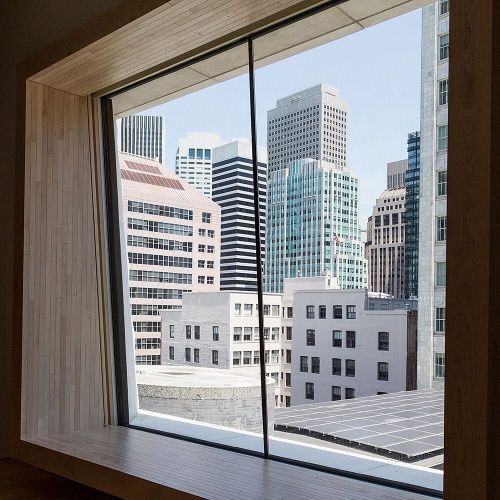 "@sfmoma is not only bigger than the @themuseumofmodernart in New York, but it's poised to do for the late 20th and 21st century what its East Coast cousin did for the art of the late 19th and early 20th. The big white crinkly addition that @sfmoma opened on Saturday bumps the institution into a new league, possibly one of its own. It nearly triples the gallery space while raising museum standards for synergy between interior and exterior, for art-viewing, comfort and circulation. Big windows, like the one in this photo by @jasonhenry, offer both seating and panoramic views of San Francisco. "The interplay of geometry, material, light, space and angle of view relates to installation art and is one of the building's hallmarks," writes @nytimes art critic Roberta Smith. @sfmoma has 19 inaugural exhibitions meant to show off its expanded collection. Among the highlights: paintings by Jackson Pollock and photographs by Diane Arbus." By nytimes on Instagram.