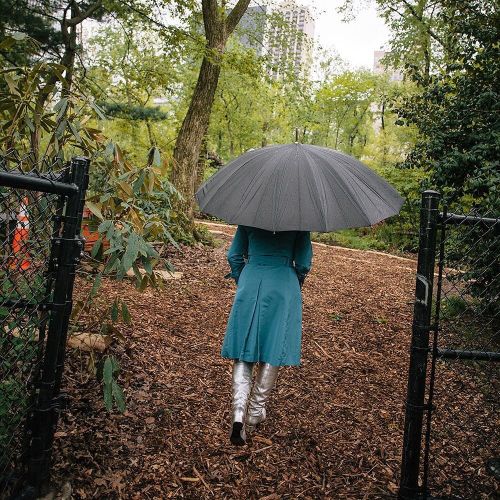 "Since the 1930s, 4 acres in @centralparknyc have been off limits to the public — a well-kept New York City secret known only to migrating birds, wandering coyotes and invasive plants like wisteria. Even groundskeepers didn't touch the area, which was first called the Promontory and later renamed the Hallett Nature Sanctuary. But they began the labor-intensive process of clearing it about 15 years ago, and now, for the first time in decades, the sanctuary will open for viewing — 3 days a week through June 30, and 4 days a week from July 1 to August 31. "You could pass by there many, many times and never know it's there," said Sima Ghadamian, a dealer in rare gems whose view of the park from her Fifth Avenue apartment encouraged her to donate a small sanctuary within the sanctuary. @rdegive photographed Sima taking a stroll there last week." By nytimes on Instagram.