“The entrance to the grounds of the Serbian Orthodox... 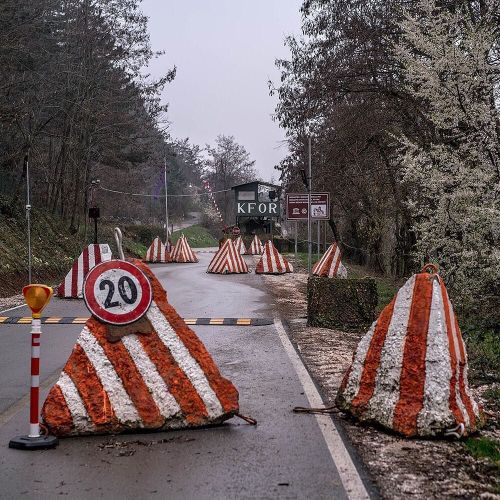 "The entrance to the grounds of the Serbian Orthodox monastery in Decani, in western Kosovo. In January, 4 armed Islamists passed through the checkpoint and were arrested at the monastery gates. In the 17 years since an American-led intervention pulled Kosovo from Serbian oppression, Saudi money and influence have transformed a once-tolerant Muslim society at the into a font of Islamic extremism. Kosovo now finds itself, like the rest of Europe, fending off the threat of radical Islam. Over the last 2 years, the police have identified 314 Kosovars who have gone abroad to join ISIS. The photographer Andrew Testa took this photo while on #nytassignment for a story about how Kosovo and the very nature of its society was fundamentally recast." By nytimes on Instagram.