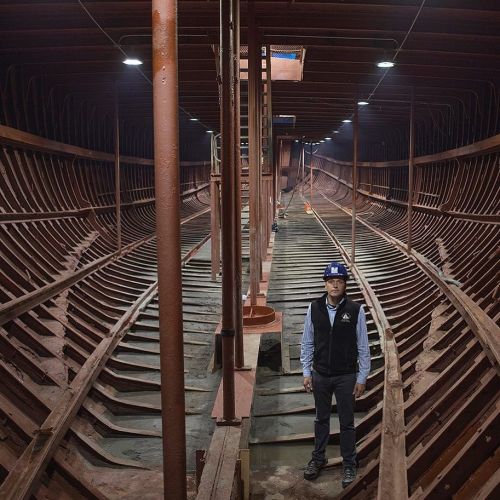 "The iron-hulled cargo ship Wavertree circumnavigated the globe nearly 30 times in its day, ferrying everything from coal to molasses to timber. In the years since its birth in England in 1885, Wavertree has been tossed and tattered — its main mast ripped away in a hurricane, and its role demoted to sand barge. So when workers brought it by tugboat from the South Street Seaport to Staten Island last year to be restored, the crew feared that the extensive damage would delay Wavertree's return to its Manhattan berth. But the ship turned out to be more resilient than anyone anticipated. In September, it's set to return to the @seaportmuseum, where it'll help tell the story of New York City's waterfront history. @victorblue photographed @seaportmuseum's executive director, Jonathan Boulware, in the cargo hold of Wavertree. #⚓" By nytimes on Instagram.