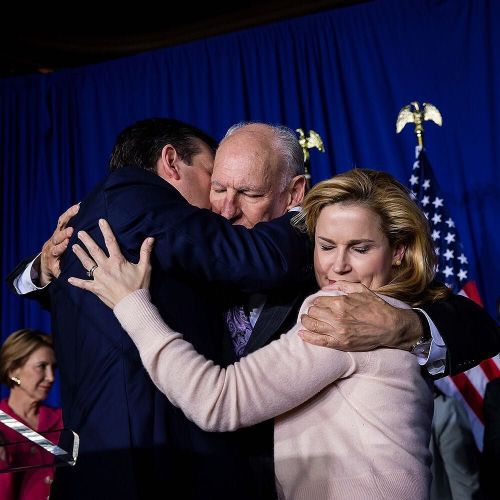 "The Republican presidential candidate @cruzforpresident ended his campaign tonight, his loss in Indiana extinguishing any chance of denying @realdonaldtrump the nomination. "Together we left it all on the field in Indiana," @cruzforpresident told supporters in Indianapolis as cries of "Nooo!" rained from the crowd. "We gave it everything we've got. But the voters chose another path." To dismiss #TedCruz as an also-ran would diminish his unlikely feat in outlasting nearly every rival: His calls for conservative purity have been, for better or worse, the most consistent message in the field, his rage against the "Washington cartel" a signal of the nation's ever-dimming view of its leaders. @cruzforpresident had pinned his hopes on Indiana, but @realdonaldtrump held a strong polling lead in the state. @ericthayer photographed @cruzforpresident with his father, Rafael, and wife, Heidi. Follow @ericthayer to see photos." By nytimes on Instagram.