“Tunnel vision: @emonhassan captured the view through the... 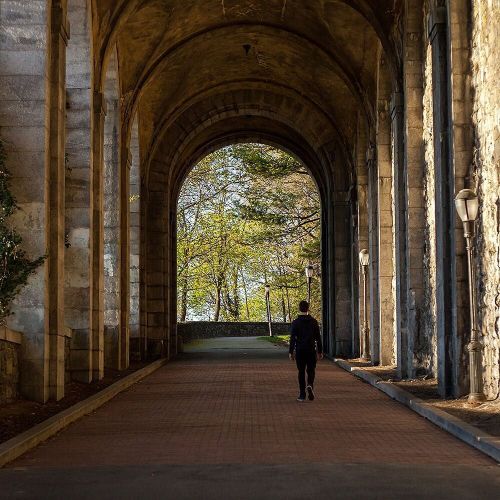 "Tunnel vision: @emonhassan captured the view through the Billings Arcade in Manhattan's Fort Tryon Park. The arcade is a remnant of a country estate owned by the industrialist Cornelius Billings, who retired at age 40 in 1901 and moved to New York. (Wouldn't that be nice?) Cornelius pursued the customary interests of a millionaire — yachting, racehorses, carriage driving. When the 1910 census was taken, he was listed in residence with his wife, 2 children and 23 servants. His occupation? ''Capitalist at large." 16 years later, the mansion was destroyed by a fire that continued into the evening and was witnessed, according to @nytimes, by hundreds of thousands." By nytimes on Instagram.