“Unlike many of his contemporaries vying to be X-Men or... 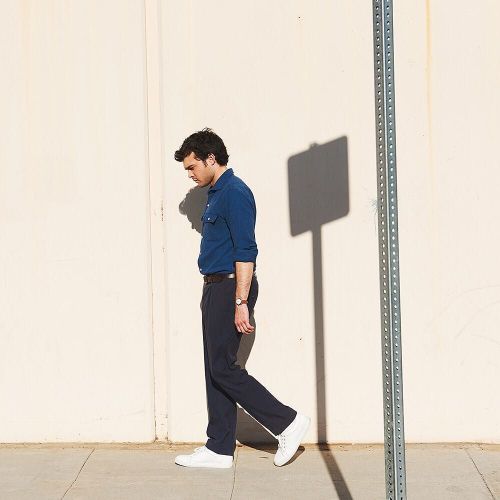 "Unlike many of his contemporaries vying to be X-Men or heartthrobs, Alden Ehrenreich resembles the Hollywood stars of an earlier era. At 26, his hair is already silvering, as if by force of will. Raised by movie-buff parents, he speaks worshipfully of Paul Newman and Jimmy Stewart, Frank Capra and Elia Kazan. And his story is unusual. At the age of 13, Alden and a friend made a funny video. Alden didn't attend the bat mitzvah where the haphazardly plotted love story was screened, but Steven Spielberg did, and a call from Dreamworks followed. Since then, the actor's progress has been slower than that overnight-sensation story would suggest. But he's suddenly being talked about all over Hollywood. The latest gossip: that he has landed the role of Star Wars' Han Solo in the coming Solo standalone movie. Alden admitted he's a Star Wars fan — "Who isn't?" he said — but that's it. @jokemichaels took this portrait of #AldenEhrenreich in Los Angeles while on assignment for @nytimesfashion" By nytimes on Instagram.