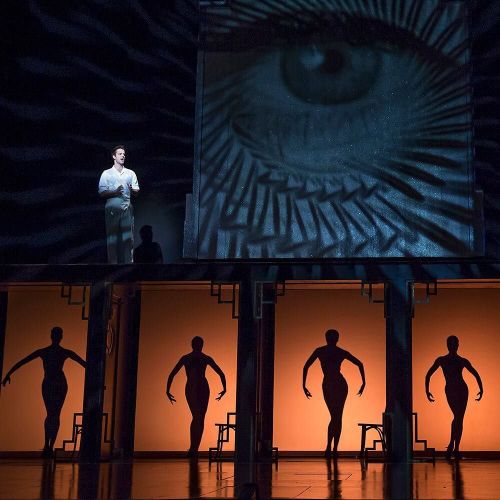 ""Welcome to 'Paramour,' or as I like to call it, 'A.D.H.D.! The Musical,' writes @nytimes theater critic Charles Isherwood of the show's opening at @lyricbroadway. The show features a story, set in old Hollywood, that adds the @cirquedusoleil's usual circus acts to a traditional musical. Conceived and directed by Philippe Decouflé, the production pays lavish, if often ludicrous, homage to the "Golden Age" of Hollywood. "The resulting show, I'm sorry to say, achieves the singular feat of being simultaneously frenetic and tedious," Charles continues. The staff photographer Sara Krulwich captured this scene at last night's show. @paramourbway will have an open run." By nytimes on Instagram.