““Where I live is the safest precinct in the city,... 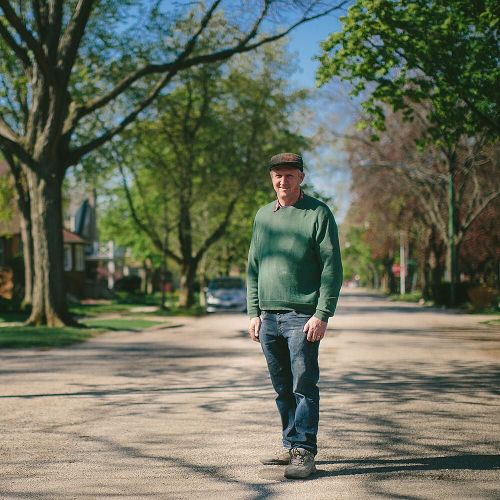 ""Where I live is the safest precinct in the city, probably because it's an affluent area and a lot of police live here. It's comfortable and safe and convenient. There are no gangs that I'm aware of. I think Rahm Emanuel is doing as good a job as he can do." — Eugene O'Donoghue, 57, lives in Forest Glen, on Chicago's Northwest Side

As of late April, murders in Chicago were up 54% from last year, and shootings were up by 70%. But a @nytimes survey found that some parts of the city's mostly white North Side seem insulated from these trends. Fewer than 1 in 5 Chicago residents say they feel unsafe in their neighborhood, and 64% of North Side whites say their area is a good or excellent place to raise kids. But south and west of the city's gleaming Loop skyline, nearly half of African-Americans say they've changed their daily routines in response to crime. This #nytweekender, we're sharing scenes from #Chicago by the photographer @alyssaschukar. Visit the link in our profile to read more results from the poll." By nytimes on Instagram.